Shock Your What? What is Shokupan bread, aka Japanese milk bread.

What is Shokupan and how is it made?

A peek into the Magic Flavors bakery

If you've never had Shokupan, it just might become your newest favorite bread. This irresistibly dense yet fluffy bread is such a delight that you might end up eating it warmed up with only a touch of butter or jam. Who needs the whole sandwich anyways?!

"Shokupan", also known as Hokkaido milk bread, is a traditional bread that is ubiquitous in Japan.  It arose during the lean postwar Occupation Era, when Pullman-style white bread loaves was introduced by American solders, and commercial bread baked with imported wheat and powdered milk became a cheap dietary substitute. 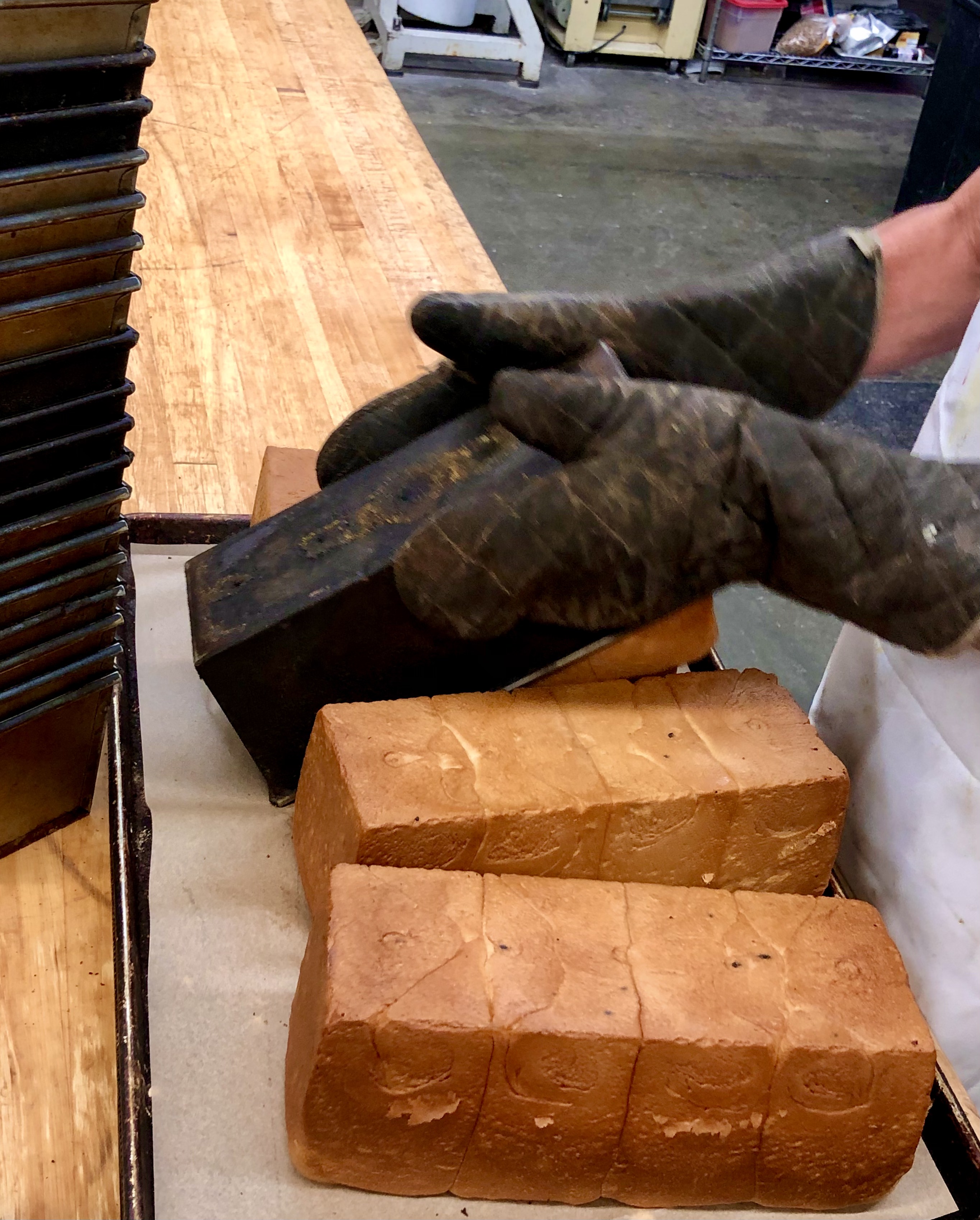 What makes the white square-shaped shokupan so special is its extra fluffy and soft texture that retains moisture.  This high-hydration dough yields a longer lifespan than other breads, minus the need for processed ingredients.

Its pillowy texture is much fluffier than the Western white breads found in Western grocery stores. The secret to creating this cloudlike texture and the enhanced ability to resist drying out is found in the various methods used to start the bread-making process.

Right: Shokupan loaves cooling on the racks in the bakery. 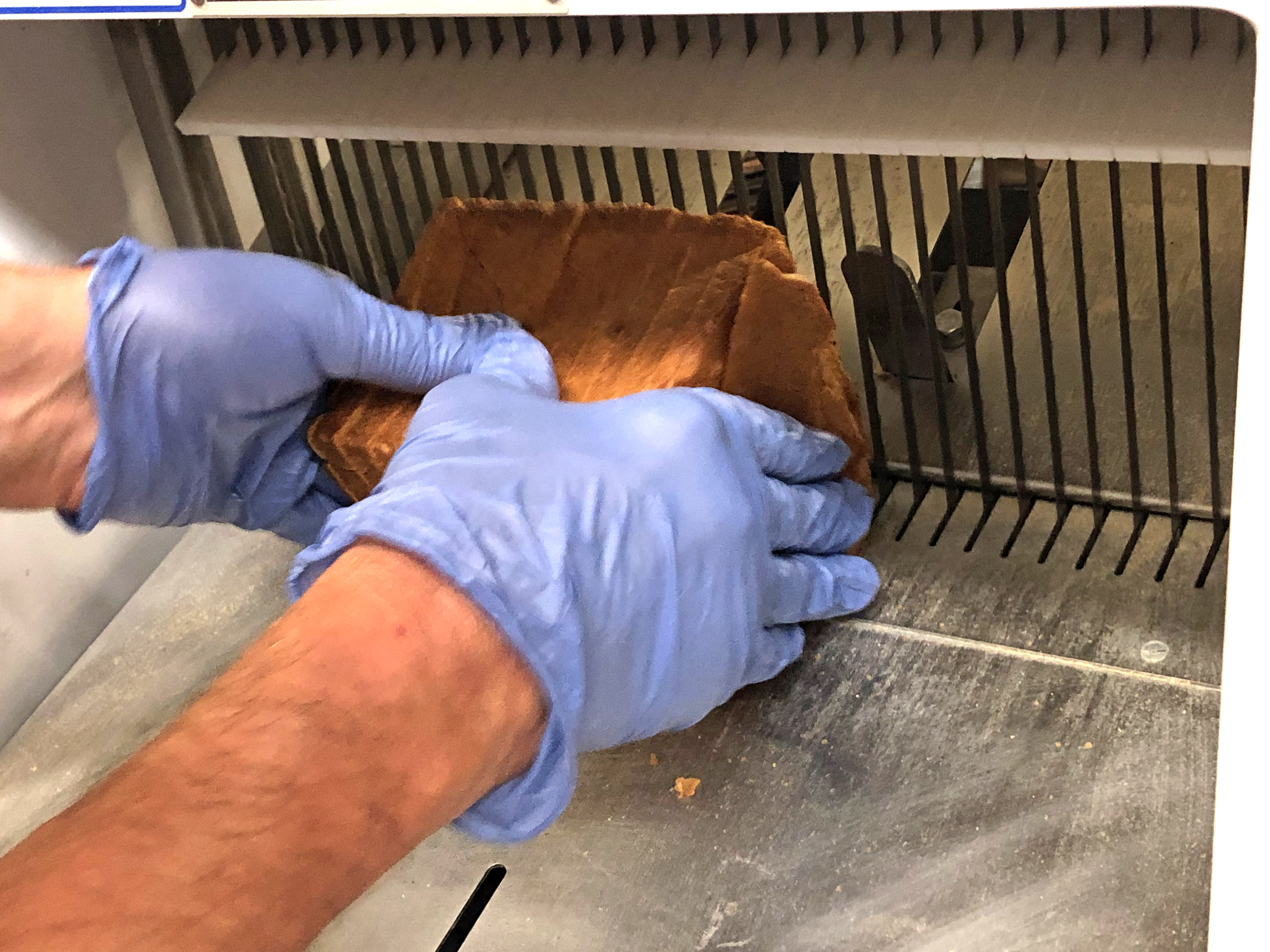 While slice size preferences vary across Japan, a larger width is preferred over the typical sandwich slice in the US, ranging from 1.5 - 3 cm (.6 - 1.2 in) and yielding 4 - 10 slices per loaf.

Left: A Shokupan loaf being fed through a slicing machine.

Our Shokupan loaves are hand-crafted in small batches to ensure fresh loaves in every order.

Right: Rows of sliced Shokupan loaves waiting to be packed up. 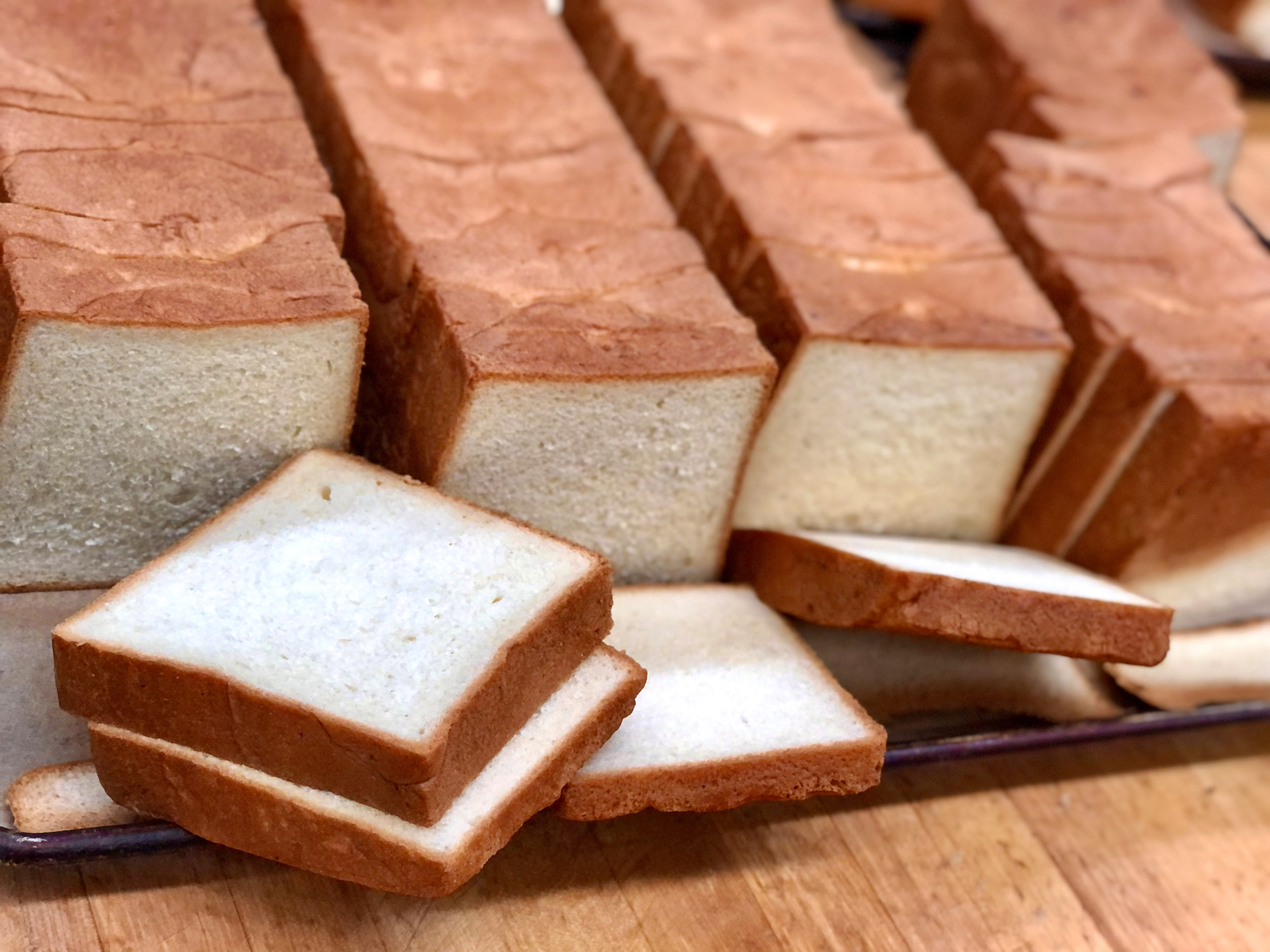 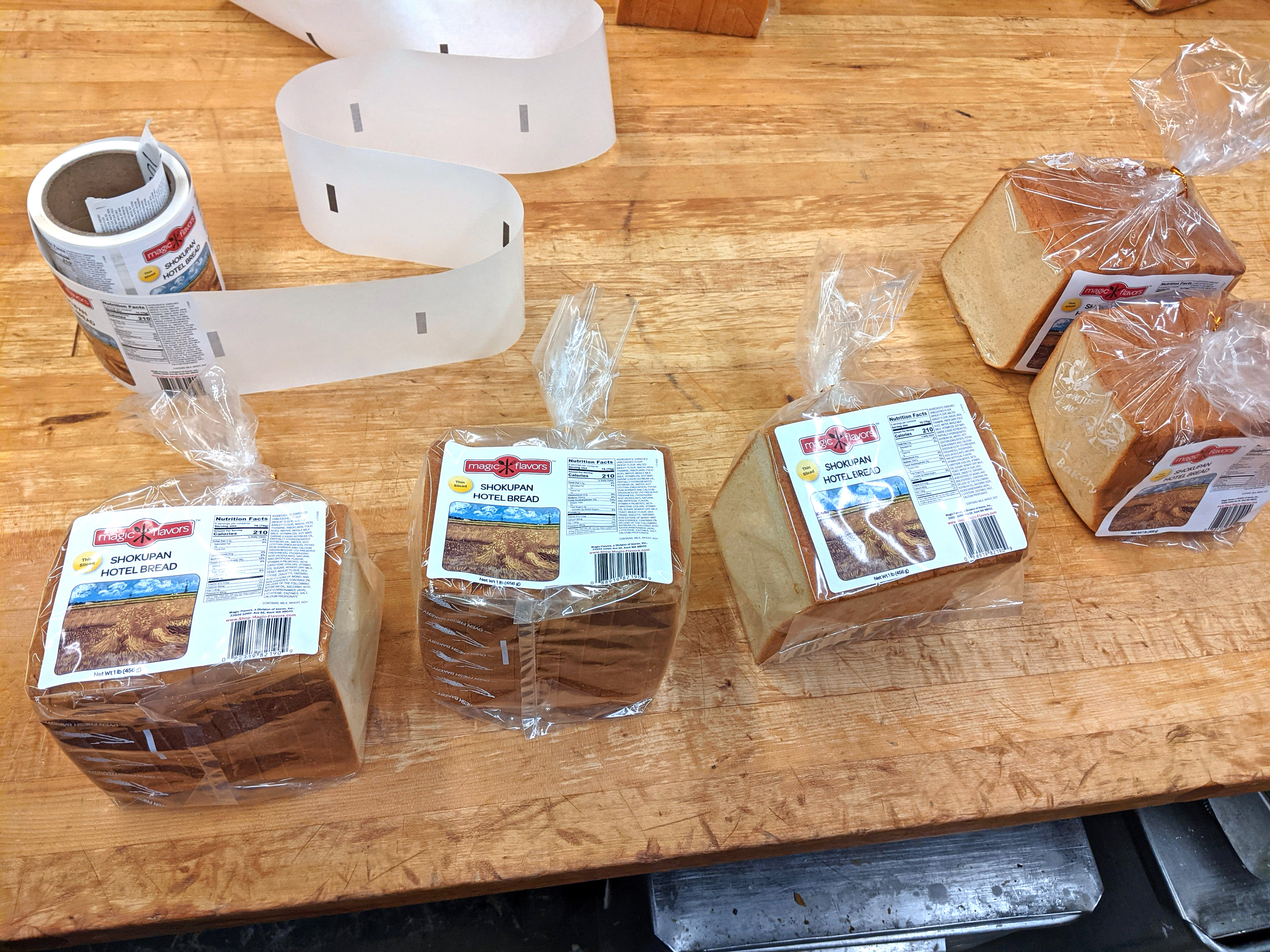 Left: Shokupan loaves getting bagged and labeled prior to being shipped out to customers.

We offer the Traditional, thick-sliced white Shokupan milk bread in a 1-lb bag.

We offer a healthier multi-grain version in a Western-infused twist that retains a substantial amount of the texture and moisture of the popular white version.

We also offer a thin-sliced version for American-style sandwiches seeking the special flavor and texture of this Japanese specialty. 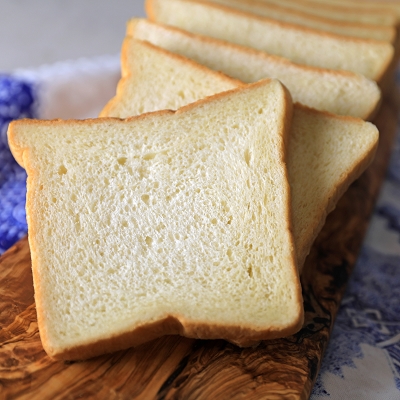